This is Why Winning Isn’t Everything

This is Why Winning Isn’t Everything

I remember getting the call. I was confused. My husband was supposed to be in the air with the Michigan Basketball team on the way to Washington D.C. for the Big Ten Tournament.

I picked up the phone.

The wind howled in the background. He was emotional. He told me their plane nearly crashed, stopped just short of a ravine. He and the team had to exit the plane through the emergency exits, but everyone was alright. He had to go, but he loved me so much.

My husband came home for the night, leaving first thing in the morning on a new plane with new luggage (his was trapped under the plane with the rest of the team equipment). Families wouldn’t be taking the new flight, so all of us watched from home as the team took the floor in their practice jerseys.

I said to myself, they are either going to be one-and-done, or they’re going to win it all.

They played like they were going to win it all.

As soon as I saw that win, I knew we had to get to Washington D.C. I called around and learned there would be a bus departing with staff families who wanted to go. I made sure my family was on that bus.

We took a 13-hour, overnight bus trip to Washington D.C. My kids were 6, 4, and 2. The trip was amazing. We made memories as we caught cabs, went to museums, and watched the Wolverines win three more games. They won the tournament, becoming the lowest seed in tournament history to win it all.

Fast forward a year. The Big Ten Tournament was being held in New York City. Remembering the amazing run of a year before, I wanted to take my kids, but it wasn’t in the cards for our family. Instead, my husband and I decided that – if we made the championship – I would fly out on my own.

We made the championship and I woke up at 5 a.m. on Sunday morning to take the only flight available to New York City that would get me to the game in time. We won and I had the pleasure of being there to watch the team cut down the nets.

Next was the NCAA tournament.

I was on a yoga retreat for the first two rounds without a television in my room, so I watched the games on my iPad. I casually watched the first game and the majority of the second, readying myself to accept defeat as time wound down against Houston.

Then Jordan Poole hit that magical shot as the buzzer sounded, taking laps around the court. Michigan was in the Sweet 16.

I watched the next two games from home, my husband in LA with the team. The strong showing against Texas A&M in the Sweet 16 meant one game stood between Michigan and the Final Four.

I couldn’t believe it.

The last time the Wolverines were in the Final Four, it was a magical year. Future NBA draft picks Trey Burke, Tim Hardaway, Jr., Nick Stauskas, and Mitch McGary were all part of the team. My kids were 2 and 10 months old. I made the trip to Atlanta while my aunt stayed home with my kids.

Michigan dominated the first half, led by bench player Spike Albrecht, who scored 17. I thought we had it. Then Louisville stormed back in the second half and ended up taking the win.

The start of the 2013-14 season was actually tough for me. We raised the Final Four banner at Crisler Center and it brought back the disappointing ending of the previous year.

I have since talked many times about that night as being the most difficult sports loss I’d ever experienced. That’s why, after Michigan beat Florida State to earn its second Final Four appearance in six seasons, I was nervous.

“The one thing I don’t want,” I told people, “is to make it to the championship game and lose again.”

My family before the Michigan vs. Villanova NCAA Championship game.

I took all three of my kids to San Antonio for the Final Four. We swam in the hotel pool, went on a riverboat tour with the Michigan Basketball family, and visited Fanfest.

This was going to be it. I thought. We are going to win it all.

Michigan head coach John Beilein deserved this win, after all. Voted “the cleanest coach” in the NCAA, Coach Beilein is an amazing teacher, coach, and human being.

Special to me has been he and his wife, Kathleen’s, support of The ChadTough Foundation, an organization I work with. He helped us to a back-to-back $100,000 donations and invaluable awareness for Diffuse Intrinsic Pontine Glioma (DIPG) and pediatric brain cancer research through the Infiniti Coaches Challenge.

This was going to be his moment. I knew it.

Michigan got off to a strong start, but Villanova took over midway through the first half and swiftly won. The loss hurt. I wanted to win so badly. For my husband, for Coach Beilein, and for the Michigan Basketball family.

I thought about how tough it must be for Coach to get so close – again – and not come away with the title.

Then I read this quote:

“Don’t worry about me,” he said. “I would love to win a national championship for those guys and for the University of Michigan. All those great students and all our alums and everyone. But for me, this is why I coach. To be in that locker room right now with these kids.

“And to have the opportunity to tell them: ‘This is life. You have highlights and then, all of a sudden, your season’s over and there’s sadness.’ But in the long run, there’s a lot of joy with what we just went through.”

I never imagined I would learn a critical life lesson following that loss, but – somehow – Coach Beilein drove it home. It’s not about the win or the loss, it’s about the journey.

That message can, and should, be translated into every single area of life. Coach is right – this is life. Whether it’s personal or business, the trials and tribulations are what refine and grow us.

I’ve experienced it in the four years since I set out on my own to start a business. The process has been scary at times, because I didn’t want to fail my clients or myself. Little did I know, those failures were necessary.

I can talk to a client with confidence and knowledge I didn’t have two years ago because I’ve gone through those failures. I’ve seen what doesn’t work. I’ve relied on myself and doubted myself and learned that I can – and should – trust my gut.

Coach Beilein is an amazing coach because he sees beyond the game. He recognizes that preparing young people to weather life’s storms is a far bigger victory than personal accolades.

And because of that, these players had the opportunity to learn something during this NCAA tournament run that they can carry with them for the rest of their lives.

I know I certainly will.

Chrissie Zavicar is a B2B lead generator and personal brand strategist who works with passionate entrepreneurs and professional athletes. To learn more about her services, visit her LinkedIn profile or contact page. 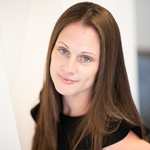